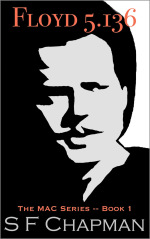 Floyd stared with great interest at the slumbering young woman as she was slowly freed from the silky gray cocoon.

She was quite striking Floyd realized. But more importantly, she was the first new person to be generated in more than fifteen thousand years!

For eons, the strange fibrous life form known as “The Cotton” had regularly produced nearly innumerable copies of the same seven people. The group members lived rather ordinary lives and, when old age or accidents interceded, died ordinary deaths.

But Floyd and his companions always started out in the same very unusual and unhuman-like way as cocoon-bound twenty-five year old adults in full possession of their past memories.

Everything would change with the arrival of the intriguing young woman.

Paperbacks are available at Amazon, most online book sellers and from Striped Cat Press.

The Floyd 5.136 story continues in

Xea in the Library of All Human Knowledge 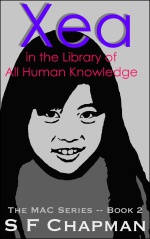 The story of the MAC clones continues as Floyd 5.136, Marie 2.3 and the others explore their strange world with the help of a very unusual cat and an exceptional little girl named Xea.

On the Back of the Beast 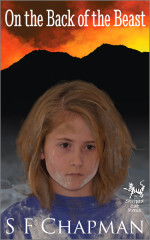 Everyone knew it was coming...

No one was ready when it finally hit.

It had been over a century since the last big one decimated the San Francisco Bay Area and another massive tremor was long overdue. The slumbering beast that is the Hayward Fault finally awoke on an ordinary October morning, catching millions of people by surprise.

Will seventeen-year-old Kayla Hendley, airline pilot Burt Weaver, precocious second grader Gwen Mills and many others survive the convolutions of the angry earth?

Now available worldwide in paperback and as a Kindle eBook.

The Ripple in Space-Time

Inspector Ryo Trop of the Free City Inquisitor's Office is called in when the Lunar Ultra Energy Lab is destroyed by a mysterious blast.

Ryo quickly discovers that a complex and sinister scheme is afoot as he searches for clues in the moldering feudal fiefdoms of the Warlords that dominate human affairs in 2445.

As he struggles with the difficult case, the same question keeps popping up: Could the recent wave of space piracy be connected to the disaster?

Available for Kindle in the USA

Available for Kindle in the UK

Available for Kindle in Canada

Available for Kindle in Australia 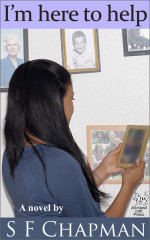 I'm here to help is a poignant tale about a teenager who finally discovers the truth about her birth.

When seventeen-year-old Renita realizes that her long-held belief that she was adopted might not be true, she confronts her mother with her suspicions and learns of the convoluted events that transpired in the months before her birth.

Renita's mother uses a collection of old photographs that have hung on the wall for years to explain what happened.

The Ripple in Space-Time story continues in

Torn From On High 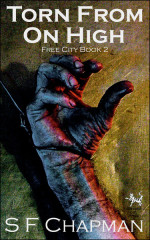 The adventures of Ryo Trop continue!

Finally back in Free City after he solved an exhausting kidnapping case in the Outer Solar System, Inspector Ryo Trop of the Free City Inquisitor's Office is called out of early retirement to put an end to a puzzling crime wave.

In the moldering ruins following the Second Amero-Asian War, unrest is rampant just outside of Free City in the huge feudal fiefdom of EurAfrica.

As the cop and the spy labor with their difficult cases, both wonder who would want to murder junkmen?

Available for Kindle in the USA

Available for Kindle in the UK

Available for Kindle in Canada

Available for Kindle in Australia

﻿The phrases “From the files of the Free City Inquisitor’s Office:," "The MAC Series" and "The Free City Series" and the pawing cat logo are trademarks of Striped Cat Press.