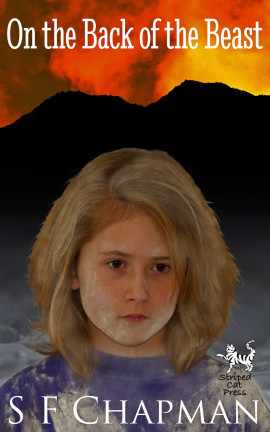 Now available as a paperback and Kindle eBook

The First Officer switched them to Bay Area Air Traffic Control as the huge plane neared the jagged coast of California, “OK Captain Weaver, we’re good to come straight into SFO on Runway 1 Right with our low fuel warning.”

After the long monotony of the Pacific crossing, the man yawned. “On the plus side, Burt, we’ll be landing twenty minutes early. You’ll be home with Nancy by noon.”

“Thanks Dick.” The Captain struggled to shake off the heavy sense of portents that had hung over him during most of the flight. He activated the cabin PA system, “Flight crew, prepare for landing.” His fingers toggled several switches and the jet locked into the landing approach.

Just as the silver craft crossed high over the beach at Pillar Point, the belly of the plane splayed open and the landing gears reached down into the turbulent air.

Captain Weaver watched the little commuter plane in the distance cross over the left side runway markings of the long parallel landing strips. The small aircraft would likely be well out of the way when the behemoth jumbo jet descended upon the opposite runway. The pilot adjusted the trim of the sluggish plane to compensate for gusty northerly winds as he gauged the centerline markings of Runway 1 Right.

Captain Weaver slowly reduced the airspeed and rotated the nose of the 747 up. They were aligned for a perfect landing. Just below, the shops and eating establishments of downtown Millbrae raced by. The jet howled across Highway 101 at one hundred and seventy-five miles per hour and hurtled over the orderly yellow chevrons of the airport Blast Pads.

A mile and a half down the slender ribbons of concrete, the commuter plane cartwheeled sideways along the taxiway.

Gravity and declining airspeed continued to tug the gargantuan airliner towards the writhing runway.

The pilot yanked the throttles to full and the four giant GEnx engines lazily revved up.

Captain Weaver jerked the Control Yoke for an emergency landing abort. “We’re gonna hit the runway before we get back up!”

The descending aircraft shuddered and roared with the titanic battle between gravity and engine thrust.

“Slats and flaps!” the Captain shouted.

The left wing dropped suddenly towards the ground. Debris pelted the undercarriage. The rear left wheels struck the upsurging pavement and the craft stumbled alarmingly.

A fist-sized fragment of rubble collided with the franticly spinning fan blades of the Number Two engine. The finely crafted turbine shattered in a chaotic torrent of hot and frenzied metal.

The Captain wrestled for control of the badly damaged plane. The two men panted with exhaustion. At least for now, all 493 on board the slowly ascending aircraft had been spared.

“Burt!” the First Office pointed to the twin runways.

As they rose back to the safety of the air, Captain Weaver watched the overturned commuter plane rotate slowly in an eddy before it broke up under a mountain of angry gray water.